„Not finance. Not strategy. Not technology. It is teamwork that remains the ultimate competitive advantage, both because it is so powerful and so rare.” (Patrick Lencioni)

In teams, the diverse strengths and professional competencies of members come together to create value. However, even the most perfectly selected and skilled staff do not automatically perform optimally together. According to representative surveys, only 12% of all teams describe themselves as high performing. This means that 9 out of 10 teams do not reach their full potential, resulting in a huge performance gap and a loss of competitive advantage for companies.

Team Coaching enables organizations to close this gap. It helps teams to co-create greater beneficial value with and for all stakeholders.

Team coaching is a facilitated process allowing a team to experience how to learn together through honest dialogue and consistent reflection to enhance both itself and the system. The whole team engages in iterative, focused reflection, action and feedback to continuously develop key collective performance and collaboration competencies.

Team coaching supports the team in maximizing its effectiveness, contribution and accountability in the service of the organization, its stakeholders and the wider system. Synergies emerge and relationships are formed that enable seemless cooperation, creative results and innovation. 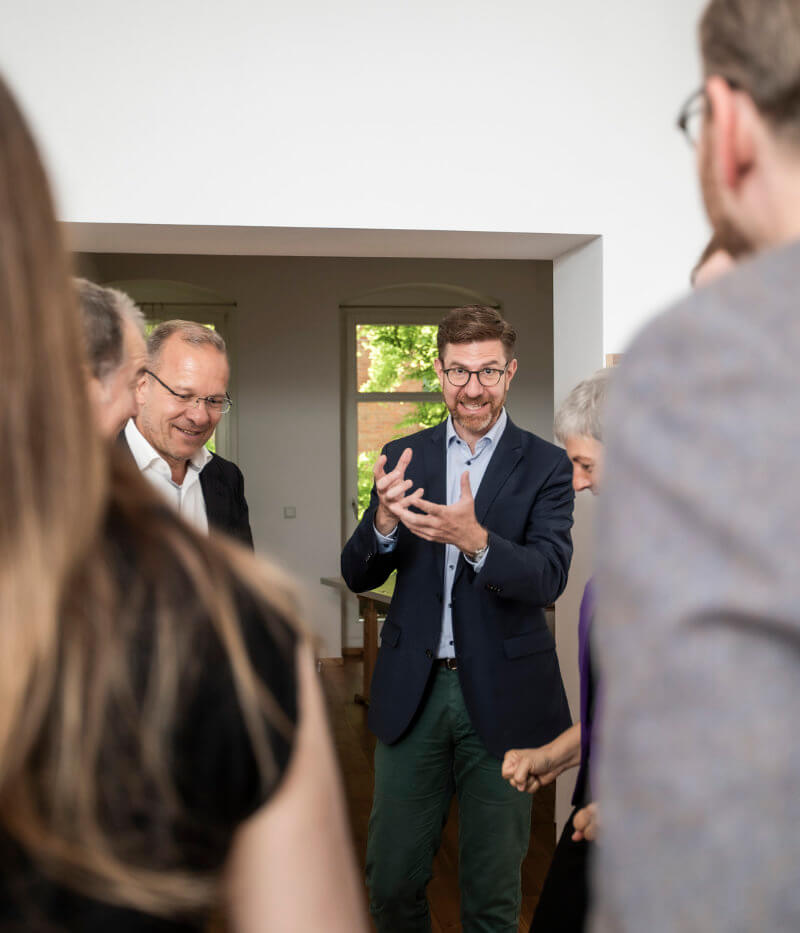 More than the sum of its parts.

Team coaching helps make the relationships between members and stakeholders more effective. The team learns to act in alignment, achieving greater results than the sum of the individual employee efforts.

Many new forms of organizations, such as holacracies and "teal" organizations, place high expectations on teams' capabilities for self-management and accountability. Coaching helps teams develop and integrate strategies for self-leadership and collective decision-making.

When operating methods, communication and deliverables are transparent to everyone, a team becomes efficient and achieves top results. To facilitate this, the team develops a common vision that serves as a guideline for all its actions.

Through continuous feedback and input in the coaching process, the team acquires the skills necessary to actively and creatively shape ongoing change, making the team resilient and innovative.

Virtual teams on the road to success.

Virtual teams face special challenges in communication and collaboration. Team coaching helps to create strong synergies to overcome these limitations. The team acts with a clear mission in mind and designs processes for optimal cooperation even over long distances and across national borders.

Team coaching helps members to better understand and appreciate each other and everyone's talents and contributions to the common goals. This helps to create a positive work atmosphere based on trust, fostering motivation, loyalty, and performance.

What is a team?

A team is a group of people who pursue a common goal.

In a company, a team exists to achieve results that are greater than the sum of the individual efforts of the employees. Teams - in contrast to a work group - have a high degree of interdependence among their members and with their stakeholders. Teams that have both high productivity and a culture of trust and positive relationships deliver sustained high performance, are innovative, resilient and ensure high job satisfaction among members.

What is the ROI for team coaching?

A team coaching process has an average positive financial impact equivalent to 20% of the total annual personnel costs of a team. (See case studies  of Team Coaching International.)

What is the difference between coaching and team building?

Team coaching is a process of developing a variety of key collective competencies over a longer period of time. Results and progress are measured and tracked using objective criteria. Research has demonstrated the effectiveness of team coaching and there is a consistently high return on investment.

Team building, on the other hand, usually consists of short-term interventions designed to foster social cohesion in a team. Team building is often included at the start of a team coaching program, particularly if the team is new. Team building is especially effective when imbedded in a longer-term coaching and development process.

What is the difference between coaching and team training?

In team coaching, the team learns to perceive itself as a living, learning system, to reflect on its own actions and thinking, to discover and develop its own competencies and to lead itself. It is based on the assumption that the team already has relevant knowledge and potential for high performance and positivity.

Training, on the other hand, focuses on teaching specific new skills that were not previously available. Targeted training can supplement coaching when specific new knowledge or skills are needed in the team. Training is most effective and sustainable when it is embedded in a team coaching and development process.

How does an average team become a top performing team? I look forward to discussing this with you in a no-obligations consultation.
Contact me
© 2021 Robert Knight |
Site notice
|
Privacy policy